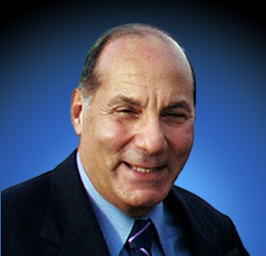 Ron Hamaty has been assisting hundreds of buyers and sellers since 1973. Ron and his family relocated to Palm Coast, FL in 2001 at the city’s infancy – he knows Palm Coast!

As a trusted name in Florida real estate, Ron Hamaty has helped countless people realize their dream of homeownership for over 40 years – read testimonials. Ron understands every homeowner’s dream is different and deserves special attention. With Ron you receive unparalleled attention and excellent service.

Ron Hamaty combines residential and commercial expertise. He features some of Palm Coast’s most desirable real estate in beautiful communities. As an annual multi-million dollar producer, Ron Hamaty’s strong reputation among buyers and sellers together with his vast knowledge of the market are invaluable assets in an inconsistent market.

He will find exactly what you are looking for. You can rest assured that you will be taken care of all the way to closing and making a friend for life afterwards.

Sold, leased and developed residential and commercial real estate while licensed with Midtown Realty, Miami until 1989. He constructed a landmark building at the corner of S. Dixie Highway and 128 St and established Bankers Realty Inc. with 32 sales associates. Sold Bankers Realty in 1995 and joined RE/MAX Advance Realty in Miami in the capacity as Vice-President. Relocated to Palm Coast, FL in February 2001. Syndicated a group and purchased two outparcels at the entrance to Home Depot. Sold one parcel and developed the other having negotiated a lease with Outback Steakhouse. He went on to purchase a tract of land and brought in Marriott’s Fairfield Inn & Suites.

Licensed as a Florida Real Estate Salesman in 1973 and as a Florida Real Estate Broker in 1981. Completed all educational and sales requirements for certification as a Real Estate Brokerage Manager (CRB), Residential Specialist (CRS), Senior Real Estate Specialist (SRES) and is currently pursuing his designation of Commercial Investment Real Estate Council Member of the National Association of Realtors. Served on the Attorney-Associate Committee, Kendall-Perrine Board of Realtors, MLS Committee of the Flagler County Association of Realtors and Past Vice Pres of the Flagler County MLS Board of Managers.

Married to my wonderful wife, Claudia, for 40 years – three children and 12 grandchildren.

Trusted in the Community

As a trusted voice in Florida since 1960 and Palm Coast resident since 2001, Ron Hamaty’s market and industry knowledge is unmatched in the region. Sought out by commercial and residential buyers and sellers alike, Ron Hamaty’s proven track record has made him one of the premier real estate agents in the region, recognized for his honesty, integrity and knowledge.

Ron Hamaty’s service to both country and community has been recognized in the Palm Coast, Florida, region for decades as both a trusted brokerage manager as well as his 7 year’s service in the United States Army Reserves. Ron will provide you with the same service. After all, the best real estate agent is both personal and professional, possessing industry knowhow all while exuding an infectious nurturing calm.