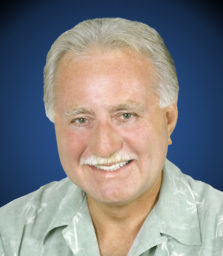 Born and raised in northern New Jersey, Karl was the North American Credit Manager for the largest office machine distributor in the country. A medical issue, now resolved, hastened the family’s future “retirement” to Flagler County. Too young to retire, he chose real estate as his new profession. Thirty years later, that has proven to be a wise and successful decision.

Shortly after becoming licensed, a switch was made to new home sales with the largest local builder. In the ten years with them, he sold over three hundred home/lot packages in their private communities. He also did the initial designs for two of their more popular plans and re-designed three others. After building out their home sites in two Palm Coast ocean front, gated, golf course communities, there was no place left for him. This prompted a return to general real estate and great success until the financial crash found him back in new construction.

Karl worked six plus years until recently for a local home builder in their private community here in Palm Coast. In the last eighteen months he sold forty one home/lot packages, mostly customized at his direction. This virtually depleted the viable home sites in the developed sections with the next section probably two years away. This prompted the move back to what he considers to be the best and brightest real estate office in the county.

One thing is for sure, the time spent in new home sales makes for a much more well-rounded full service agent for buyers or sellers.